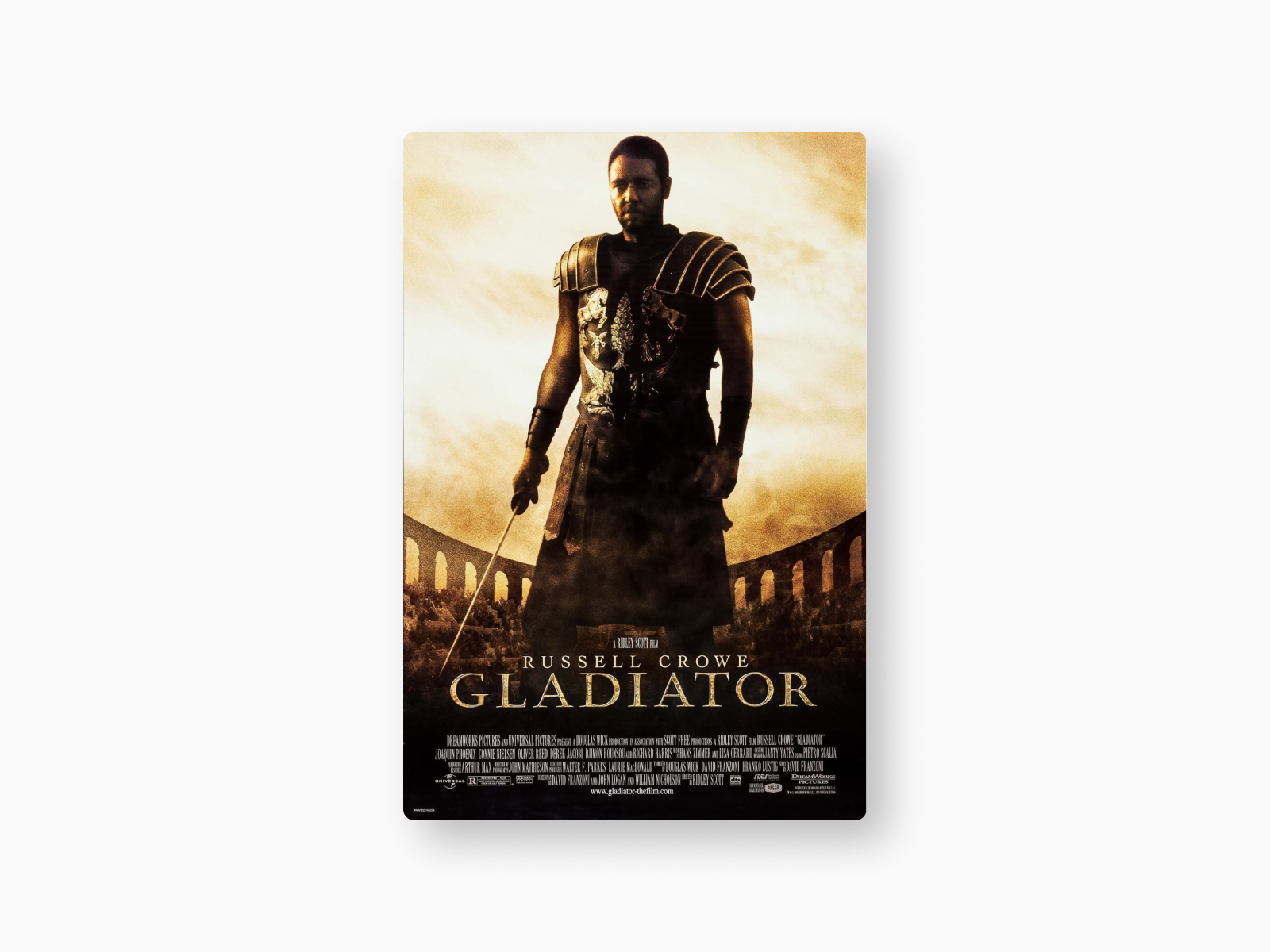 An almost perfect cinema.
⁣
The 2000s… the great years for the cinema, might even be the peak cinema that we might have ever reached. Such amazing movies and tv series were shot in those years and Gladiator is one of them, with 5 Oscars. When watching Gladiator, I was completely immersed in it. A masterclass acting with perfect directing, amazing action scenes, great storytelling, beautiful art direction with top-level scenes, successful character developments, and many more…
⁣
Above everything, the acting was perfect. Jared Leto perfectly transfers his character to the viewer - a maniac, disqualified, problematic and insecure emperor. Russel Crow; a highly capable, temperate, smart, modest general who lives up to his own principles, family values and morals. Richard Harris; the great and the wise emperor Marcus Aurelius.
⁣
There’s a high tempo in the movie with big action scenes and different settings with different events but it’s perfectly balanced by the straightforwardness of the story, “a father seeking his revenge while he’s out of power”. The main premise itself has two curiosities; “will he get his revenge (also branching into how, when, etc.) and “will he regain his powers”. Those questions are very well processed in the story that, the viewer seeks for the answers until the end which keeps the viewer excited. In conclusion, the story keeps you excited until the end immersively without making you tired from the movie.
⁣
My only disappointment with the movie is the final scene. Until the final scene, the movie was perfect for me. Although I’ve already known the real event’s plot line, I was guessing that the director probably will alter the reality for the sake of the movie. He indeed changes the real story but it’s executed poorly. The end scene’s reactions and the scene in general were simple and had lots of cliches and it turned the movie 9/10 from 10/10 for me in the last minutes.
⁣
9/10
Home hello@emrecanacer.com ↗ Twitter ↗ Newsletter ↗ Dribbble ↗ LinkedIn ↗ GitHub ↗ Instagram ↗ Resume ↗ Pexels ↗ Vimeo ↗